In 2016, our office received the Promotion of Excellence Award from NAGAP, The National Association for Enrollment Management. I was part of the team that was working on a number of initiatives that all aimed at improving career readiness of graduate students, including:

In April 2013 I received the Future Leader Award from NAGAP, The National Association for Enrollment Management. The award is presented to an individual in the Association who has displayed leadership and enthusiasm to the profession and also to the Association.

I feel very honored that I was nominated and selected for a UBC President’s Staff Award in the category “Creativity & Innovation” in September 2013. These awards recognize the personal achievements and contributions of staff to UBC and to the vision and goals of the University. A maximum of two staff from the university receive such an award per category each year. 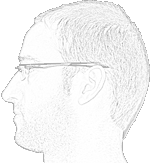